This was the period of the four short 'Lutheran' Masses and the Kyrie and Gloria of the B minor Mass, all of which, like the three oratorios, adapted previous compositions to a new purpose in a time-honoured method often referred to as 'parody'. The advantages were not just the saving of time and composing effort, but also the salvaging of music that would otherwise have largely gone to waste.

The sources for Bach's church 'parody' works were often secular one-off cantatas for occasions such as the birthday of a local grandee or the celebration of the inauguration of the town council; their enshrinement in a more timeless sacred context ensured their longevity, both in Bach's time and though he was not to know it for posterity. Yet for all their similarities to the cantatas, Bach's oratorios are just about different enough to merit their separate category. They share with the cantatas the overall mixture of recitatives, arias, choruses and chorales or hymns , but they also have an underlying narrative flavour which links them to the genre's origins as a semi-dramatic treatment of a sacred subject.

In the Christmas and Ascension oratorios in particular this is made explicit by the presence, as in Bach's Passions, of an 'Evangelist' in the form of a tenor soloist singing lines from the Gospels. The arias and choruses then examine and reflect on the emotions provoked by events, while the chorales propose a communal response. The Christmas Oratorio was put together for the Christmas season of , and in fact consists of freestanding cantata-like works for six separate days of the festive period, starting with Christmas Day and ending with the Feast of Epiphany 6 January.

The six parts were performed on their appropriate days, with Parts 1, 2, 4 and 6 heard twice, once in each of Leipzig's main churches, the Thomaskirche and the Nikolaikirche; Parts 3 and 5 were given just the once, in the Nikolaikirche. It is clear, however, that Bach intended them to form a coherent cycle, since together they form a chronological narrative from the birth of Christ to the arrival of the Wise Men, encompassing in between the episodes of the angel's appearance to the shepherds, the shepherds' visit to Bethlehem , the circumcision and naming of Jesus, and Herod's disquiet.

Part 6 appears to have been drawn largely from a lost church cantata. For these, new words for were almost certainly provided by the poet Picander, Bach's collaborator on the St Matthew Passion and on many of his parody works. Bach's main tasks were thus to compose the recitatives and a handful of other new numbers, and to select and harmonise suitable chorale.

The unusual opening to the first chorus is a consequence of its original secular text, in which first drums and then trumpets are urged to celebrate.


After the Evangelist's first recitative, telling of the arrival of Joseph and Mary in Bethlehem, a bouyant alto aria exhorts the faithful Zion to be prepared for Christ's coming, before a chorale considers how this might be done; the use of Hans Leo Hassler's famous 'Passion chorale' melody is doubtless intended to direct the listener's thoughts on Christ's sacrifice on the Cross. A short recitative describing Mary laying the child in the manger leads to a hybrid movement musing on Christ's healing mission, in which lines from a Christmas chorale are sung by the sopranos and mingled with further comments from the bass.

There is a bass aria with trumpet obbligato praising Christ in regal terms, and finally a solemn rendition of another Christmas chorale with trumpet and drum interpolations. The subject of this Part 2 is the Angel's announcement of Christ's birth to the shepherds, and the piping oboes make a memorable contribution to its warmly pastoral flavour. After the Sinfonia the Evangelist describes the shepherds in the fields, before a chorale breaks in in impatient anticipation of the next recitative, in which the Angel appears to utter the famous words: 'Fear not, A light-footed tenor aria with flute obbligato encourages the shepherds to hurry to see the child, sentiments echoed in the succeeding group of recitatives and chorales, until we reach an alto aria cast as a rich and comforting lullaby.

The Evangelist returns to announce the appearance of the heavenly host, who are brilliantly evoked in a joyful chorus.

A final, contented bass recitative then leads to final chorale, in which snatches of the pastoral Sinfonia make cameo returns. It opens with a brief chorus of praise, after which the Evangelist tells of the shepherds' journey to Bethlehem and the chorus playing a role for once recreate their excited babble. A bass recitative and a chorale remind us that God has made this happen for all of us, before a cheerful soprano and bass duet offer wonder at his mercy and compassion.

The Evangelist relates how the shepherds spread the good news, and an alto aria resolves to make the 'blissful miracle' the foundation of faith. Thought to have been composed specifically for the purpose, this aria, with its steady tread and tender violin solo, seems more than usually heartfelt.

An alto recitative and a chorale echo these feelings, the Evangelist informs us that the shepherds have returned to their flocks, and there is one last chorale urging joy before Part 3 ends with a reprise of the first chorus. Dein Name soll allein 41 Aria tenor : Ich will nur dir zu Ehren leben 42 Chorale: Jesus richte mein Beginnen A new instrumental sound, that of a pair of horns, colours the opening chorus of Part 4. As befits the subject of Jesus's naming and circumcision ceremonies, the opening chorus has an air of courtly celebration, as if attendant on some relaxed and time-honoured ritual.

The Evangelist then tells us how the name Jesus was foretold by the Angel, before the bass ponders that name's significance and, following a prompt from an intertwining chorale, considers how Christ has driven away fear of death. Next, an aria for soprano basks in the comfort of this last thought, to reassuring echoes from an oboe and distant second soprano.

Johann Heinrich Rolle belonged to the generation of J.

Though musically a lesser figure, it is, however, his father whom we more frequently encounter in history books; for Christian Friedrich Rolle was one of J. Johann Heinrich Rolle was principally regarded for his oratorios, most of them based on Old Testament subjects. The Christmas Oratorio , recorded here, is an exception to the general rule, however, since it is neither Old Testament, nor a dramatic setting of the story. Instead, it conforms to a great extent with the kind of contemplative setting that attracted many mid-eighteenth-century German poets and composers, among them Telemann.

The essence of the piece, first performed in Magdeburg in , is therefore lyrical rather than narrative. Indeed, no story is told at all, the text, by an unidentified hand, providing a series of reflections on the Christian significance of the Nativity. 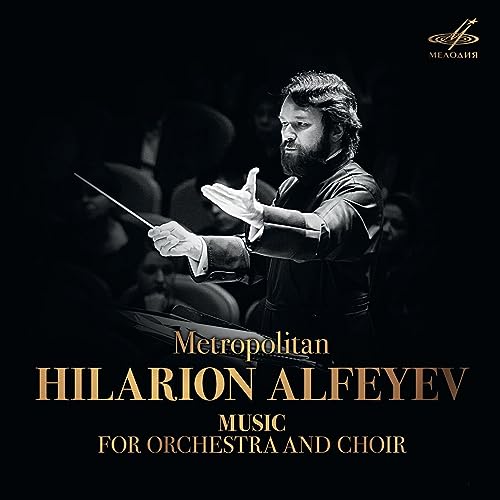 The score contains some delightful music in which Rolle reveals himself especially imaginative in the construction of choruses and vocal ensembles. The male voice chorus of shepherds track 6 is one good example of the former, while the trio for Devotion, Joy and Trust track 16 provides the most skilfully treated of the latter. The musical style is affably galant throughout, with tremolos, scotch snaps and characteristic scoring with horns providing textural colour.

The performance is lively in spirit and stylish but there are a few rough edges, too. Wilfried Jochens is not on his strongest form and Gundula Anders is occasionally pushed to her tonal limits, though her voice is an attractive one.

The choir and strings are variable in discipline and projection but never inadequate. If you are a library, university or other organisation that would be interested in an institutional subscription to Gramophone please click here for further information.